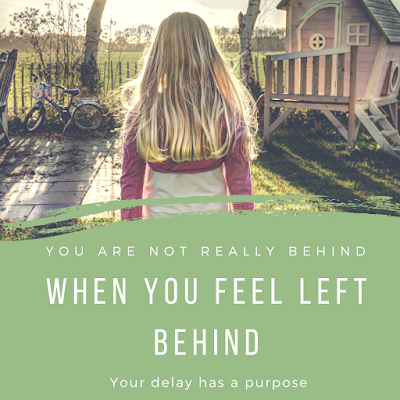 Do you sometimes or all the time feel left behind? Do you honestly feel your life’s journey is kinda dragging, you look at your mates, those who aren’t even as good, talented and hardworking as you are, going faster, making it quick and big and all you keep hearing is that the future is bright, the future is great, yet , it’s as if they are mere empty words.
I sometimes feel that way too, and recently I was in deep meditation and then I asked the one who knows the end from the beginning WHY as I was really becoming more impatient as the days roll by.
You know now, when you keep hearing promises and prophecies and nothing just seem to be happening, yours truly entered into a deep spiritual search state.
And in that place of deep meditation and communication, here is what I got:
You see in life, our races are never the same.
Some have only a short time to run their race and they must cover a long distance within that short time, so they somehow always set off early enough and they run very fast too.
For some, their destination is not far, so they just set out and they move, they don’t need any serious preparation or speed.
While some have a very long journey to travel, their destination is far, such people take their time.
Its like putting a 100metres sprint athlete beside one who has a marathon to run, their pace can never be the same.
He also used this illustration to explain further to me:
Imagine two people constructing a building at the same time , one is building a bungalow and the other is building a sky scraper.
While the bungalow builder is about roofing his house and boasting of becoming a landlord soon, the one building a sky scraper might just still be on the foundation level.
While the bungalow owner is already celebrating his feat, the sky scraper is still there mixing concrete.
But one thing is certain, at the end, the sky scraper will come out bigger ,taller and easily noticed by all more than the bungalow.
If you feel left behind now, you might be building a sky scraper and those you are using as your yardstick might have just a bungalow to build.
Your own race might be a marathon, don’t be intimidated by those whose race is just 100metres else you will be exhausted , you might even pass out before your real race starts. 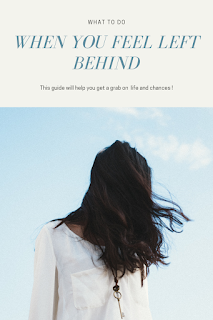 Penninah has been giving birth long before Hannah even though Hannah was the senior wife, but none of her children made name like Samuel in the Bible.
Hannah had to wait that long to bring forth a Prophet that was needed at the time he came.
Your prophecies and promises are really going to show up just in time.
The fact that you started business, ministry, career,marriage,schooling at the same time doesn’t mean you will finish/attain success at the same time even with everything needed in place.
“The bigger the destination, the longer the preparation.”
And remember, God won’t place you on that track until He is sure you are fully ready and prepared.
Dear Friend, don’t be desperate in the race of life so you don’t end up running another man’s race or truncating your own glorious race.
If you have been given 5, you need not compete with those who have just 1 or 2 talents to trade with.
You are never behind, it’s only a matter of time.
Dear Lord, in the race of life, don’t ever let me be behind schedule or ahead of your schedule for me.
Lead me by your spirit, don’t ever let me run another man’s race , in Jesus name.

0 thoughts on “WHAT TO DO WHEN YOU ARE LEFT BEHIND”