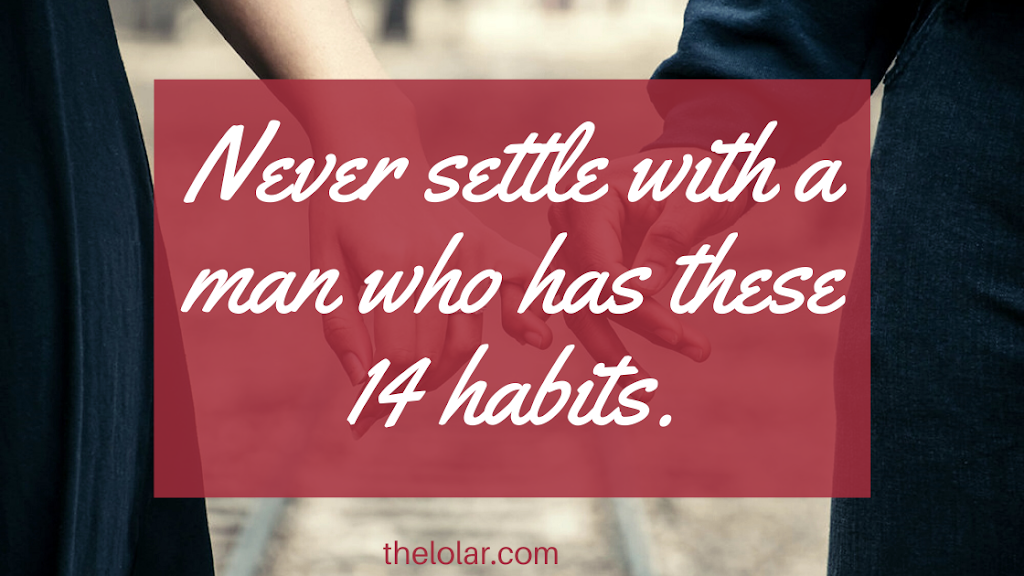 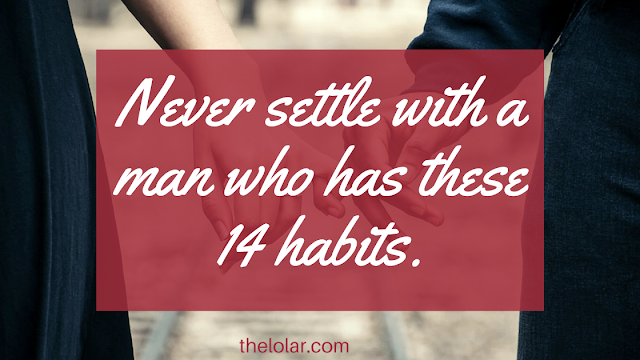 Imagine being married to a man who does not like to be seen with you, thinks you are not worthy of wonderful things and thinks of you as nothing other than his sex object, cleaner, cook and babysitter. Isn’t it like the worst dream ever?

Settling with a guy who is the complete opposite of your dream Mr. Right would be a great mistake.

Marriage is a delicate journey, you want to be careful in choosing who you want to spend the rest of your life with.
Nobody plans to have a divorce along the way, it happens and when it does,  it usually leaves one with a scar.

You deserve the best, so take your time to assess whoever you are settling with to be sure he doesn’t exhibit these habits. If he has them or most of them,  it’s a justifiable reason to close the case, it doesn’t matter how long you’ve been together.

By the time you are done reading about these habits, you would be able to tell where love has veiled your eyes from seeing the real personality of the man you are planning to spend the rest of your life with  and in the end, you would be able to decide whether to keep moving or run as fast as your legs can carry you.

Never marry a man who has these 14 habits.

Spending your life with a guy who is not open minded sounds like a nightmare. You don’t want to be with someone who restrains you from doing all the normal things just because of his fear of things going wrong, the fear of you becoming more successful than him or simply because he can’t get himself to trust you enough.

That is a huge red light and such negativity can ruin you. You don’t want to give up your dreams and become a nobody eventually in life.  It is better to walk away from such man than marry him and later regret when he starts to display his narrow mindedness and make your life hell.

You can forget a little mistake, an occasional forgetfulness or even a big promise ,if broken once in a blue moon. But if the frequency of promise-breaking increases visibly,  then it is something to worry about.

If he swears by anything while making a promise only to break it days later, he is obviously making a fool of you. He would likely break the marriage vow someday soon without remorse. Go find yourself a promise keeper , a breaker ain’t good for you.

3. TREATS YOU LESS THAN YOU TREAT HIM:

It hurts when one person is more into the relationship than the other. Relationship is about giving, taking, receiving and sharing. If you are always the one giving and sharing your best while all he does is just sit and receive, it means you mean less to him than he means to you.

You have no business spending the rest of your life with a guy who gives you a secondary treatment when you make him a priority.

4. THINKS HE IS ALWAYS RIGHT AND EVERYONE ELSE IS WRONG:

A guy who always considers himself as being right and his decisions can never be wrong is a dangerous man to live with.
A person like that hardly apologizes because he won’t ever admit he is wrong.

A normal person ought to realize his mistakes and be ready to make changes.
You would be hurt by his lack of moments of epiphany in the marriage. 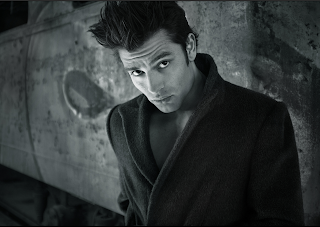 Excuses are only a way of saying

“I am sorry but I had more important things to do and you do not matter to me as much as you think you do”.
Simple.

If he has more excuses and stories and they are all too senseless to be true, he is basically trying to lie to you or not just wanting to include you in everything.  It could also mean that what matters to you doesn’t matter to him at all.

That should be a total turn off.

6. CUTS YOU OFF CONVERSATIONS:

He is a great talker, but whenever it comes to you telling a story, sharing something or expressing how you feel about a situation,  he cuts you down like it doesn’t matter . He is the conversation killer.

This habit shows lack of conversation skills, it also shows that your opinion is irrelevant to him. As long as he has talked, your turn doesn’t matter to him.
Marriage needs lot of great conversations to grow, you don’t want to be ignored or shut out like that for the rest of your life.

Any man that wants to bury or silence your voice is a danger zone, run. 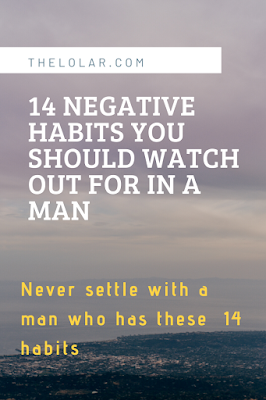 No matter how annoying  our parents or siblings can get sometimes, we can never really hate them or cut them off our lives.  If he forgets or neglects his family just because they are annoying or any other weak reason, it is a red flag, he would probably neglect you and your kids someday.

He is not fit to marry you or anyone else.
You can’t expect him to start a family of his own if he is not able to cope with his former family.

8. IMMATURE IN HIS BEHAVIOURS:

If he is a kind of guy that cuts off from people, be it friendship or his colleagues at work after a minor quarrel or misunderstanding,  he is simply not the right guy to deal with.
You have to closely observe his relationships with other people, if he keeps cutting people off over trivial issues,  he can easily cut you off one day. Impatience and immaturity in a guy you want to marry are danger signs, keep off.

9. BREAKS YOUR RELATIONSHIP RULES WITHOUT REMORSE:

He likes to play wild and that isn’t a good sign. You agree not to do something and he does exactly the same. You agree to keep a secret between you two and he goes out to tell it around. Not only is that disrespecting you, but it is completely disregarding the relationship rules.

Every relationship has its own rules that needs to be followed by both partners, if he goes off the line again and again without any remorse or paying attention to your concerns, he is going to do much more in marriage that’s going to hurt you real bad. He is not worth marrying.

10. HE IS STILL TIED TO HIS PARENTS’ APRON STRINGS:

In this case , it is usually their mothers. If your guy can’t take any decision on his own without consulting his mum first, you are in for a big trouble.
He has to be a man and take charge of his own home , if he has to always run to his mum or dad, he is not yet a man but a baby so you should allow him continue to get cuddled by his mum.

Your husband should be the head of your home not your mum-in-law.

No lie is too small to be excused. Lies affect relationships badly. It breaks trust . 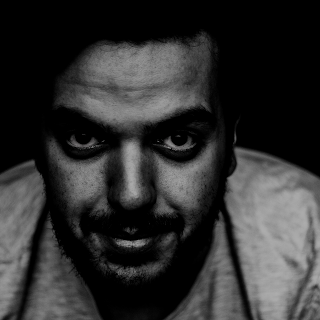 Relationships are all about trust and believing in each other. If he takes that away by breaking the code of having confidence in each other, he is not worth your time.
A man that lies will probably add cheating to it.

Lies damage a relationship like termites damage wood.
Don’t ever settle with a liar.

You don’t want to live with a man with zero sense of humour, it is draining. Life is hard already, you should be able to laugh and joke freely with your partner without the fear of him taking offense.
If he takes everything too personal and won’t loosen up a bit, its going to be a tough ride. Be warned.

Every other habit stops mattering once violence comes into the picture. Love is not violent, it does not punch,  kick, slap or beat. Run away from a violent guy as far as possible.  Whether physical, verbal or emotional violence,  it is not something to put up with.
The biggest mistake you will be making is marrying a guy who does not know how to control his temper.
Don’t allow yourself to be manipulated into staying with him or believing he would change. Run for your dear life.

Every other habit is wrapped up in this. There is no way I wouldn’t bring God into this, he is the essence of our being and in him alone is a successful marriage guaranteed.

This point is the last but the most important.

Don’t just settle for a man who fears the Lord, settle for one who loves God.

The one that fears God keeps his commands only out of fear, it is not genuine, but a man who loves God does so out of commitment and a genuine heart.

A man who loves God will love every of his creature including you, he would want to please the Lord through you and would also extend his love to God to you.

As a lady, you owe yourself a good man. Don’t  stop at nothing till you achieve that.
May you have amazing relationships and a blossoming love life.

If you have any personal questions you’ll love to ask me on the subject, you can send me an email at imodupe29@gmail.com.

You can also read

1. How to make a man regret taking you for granted.

2. Relationship advice that will save you from heartache